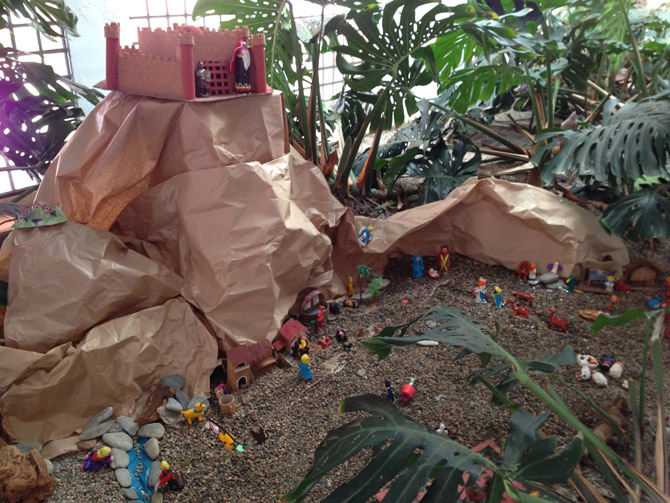 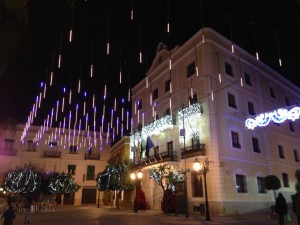 Christmas in Spain starts truly in December, unlike in many other countries where you can see the shops advertising Christmas things already in the autumn. The Christmas lights were put on here in Spain in the beginning of December and you really couldn’t hear Christmas carols in the shops until mid December. The Spaniards celebrate Christmas on the 24th (Noche buena), when they spend time with their families mainly eating well and hanging out. On the 25th, or to be exact during the night between the 24th and 25th, comes Santa Claus (Papa Noel) who brings the presents. The tradition of Santa Claus begun quite late here, maybe around 10 years ago. However, the main Christmas event is on the 5th and 6th of January, when Magi (Reyes Magos) bring their presents, the same day they really brought their presents for the newborn baby Jesus. On the 5th of January there are parades organised, where Magi is throwing candy and small toys for the kids. So a lot of presents for the Spanish kids; first Santa Claus and then Magi;) 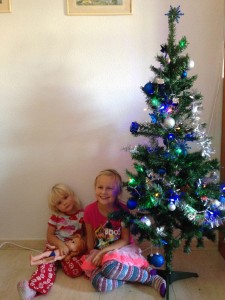 The kids on Christmas Eve.

Our Christmas here in Spain was quite different from the one that we used to have in Finland. First of all, there wasn’t any snow or Santa Claus for that matter, and second of all, we spent it just the four of us, so we could plan it as we wanted, no visits to our relatives. Also, in Finland we used to have a real Christmas tree, here they just don’t sell them. But anyway, it was nice. In the morning I woke up before everyone else and cooked the traditional rice porridge for breakfast. Then we went to the spa nearby, so we were at least able to have our Christmas sauna (or to be exact not the sauna but the hot pools). We enjoyed the bathing and then came back home to prepare the food. We didn’t have the traditional mashed potato casserole which is our all time favourite Christmas food, but we had some potatoes, turkey, eggs and salad. After the food the kids were already really exited to have their presents, so after a bit of inpatient waiting they heard the doorbell ring and found their gifts there with a note from Santa. They bought it! Then there was a long session of opening up the presents and 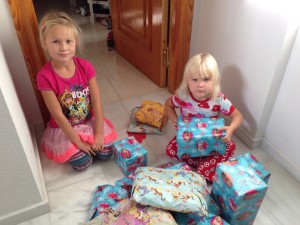 The kids found the presents in the hallway.

playing with them. They got a lot of Frozen (Anna and Elsa) stuff – as expected, and maybe even a little too much. Me and Antti didn’t get any this time, so I guess you can really tell you’re an independent adult when you don’t receive any presents on Christmas Eve;) In the evening when the sun had set we took a walk to see the beautiful Christmas lights in the old town. Luna wanted to try her new “rolling sneakers”, so the trip took quite a while, even though she caught the idea of how to use the sneakers quite fast. After that the main subject of the rest of the evening were the toys again.

On the 27th we left for Valencia. It’s a big city a five hour drive from here. We picked Valencia because there are some interesting attractions for the kids, like the City of Arts and Sciences and Biopark (a zoo). We slept three nights in a hotel quite near the City of Arts and Sciences, which we visited two times. On the first day we went to the Aquarium (Oceanographic). The Aquarium is the largest one in Europe. They had architecturally peculiar houses both inside and out for different species of sea animals from all over the world. We visited almost all of the houses, the last one being a dolphine show outside. At this point it was really getting cold, so we didn’t enjoy the show as much as we could have with a warmer weather. The nights can be a bit chilly here and during our time in Valencia the temperature during the day was around 14, so a bit chilly for Spain. But the hotel room was warm and cozy, so I enjoyed that. And taking a warm bath was really really nice too. (During December our flat has been really chilly!)

On the second day we visited The Science Exhibition. It’s like the Finnish Heureka Science Centre, designed so that the people can touch and experience the scientific things instead of just watching them. There were some exhibitions dealing with the human body and some with space. There were intriguing things but a lot of boring ones as well, at least for us. We also went to see a document about the sea in this 3d theatre inside a big bubble. I’ve seen a lot of better ones, so I wouldn’t recommend that, and for Isla it was just too much. She couldn’t sit on her seat for more than 20 minutes. Both days we dined in the mall right beside the City of Arts and Sciences. We had some good kebab. (Antti is always into kebab.)

On the third day, before leaving back to Almunecar, we went to Park Gulliver which was right next to our hotel building. Like the name suggests, it’s a park with a giant Gulliver laying on the ground on his back. If you don’t know the story, Gulliver was a character in the novels of Jonathan Swift. He was an explorer who traveled to an island where the tiny people “lilliputs” took him as a prisoner and tied him up on the ground with ropes. In the park they have made slides and things to climb on for the kids, the kids being the lilliputs climbing on Gulliver. For Luna this was the best attraction of the trip. She- being the active kid as she is- liked the climbing, sliding and running around a lot. We spent a few hours in the park and then we had to start driving back, so it wouldn’t get too late. On the way back we stopped in a place called Villa Joyiosa. It was around two hours drive from Valencia just before Alicante. There was a really nice beach with soft, light brown sand. The kids liked playing there and looking for shells. After the trip when we asked Luna what were the nicest places on our trip she answered Gulliver and the beach. So next time we won’t be spending a fortune on the entrances to some fancy science parks, we’d rather go to the beach and playground where ever we head for. And yeah, we didn’t even visit Biopark because the kids didn’t want to – they chose Gulliver instead. 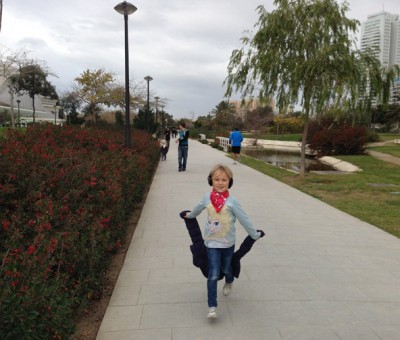 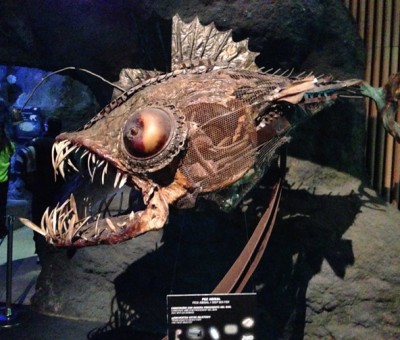 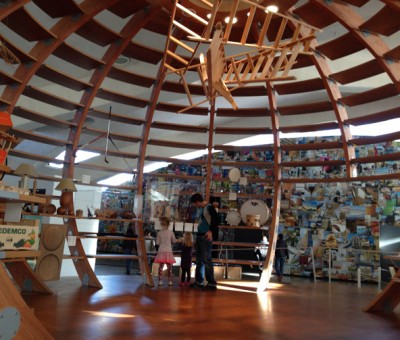 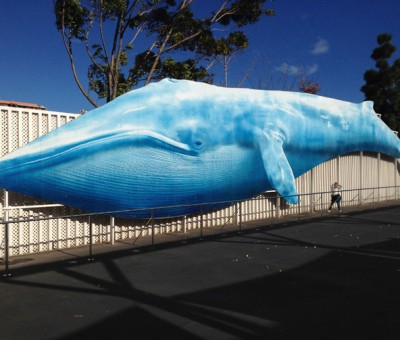 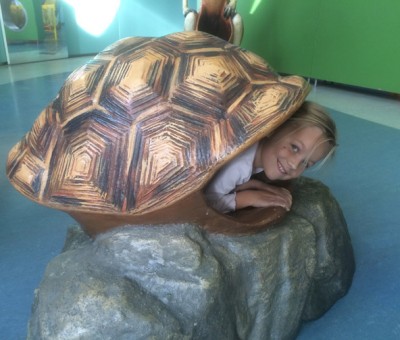 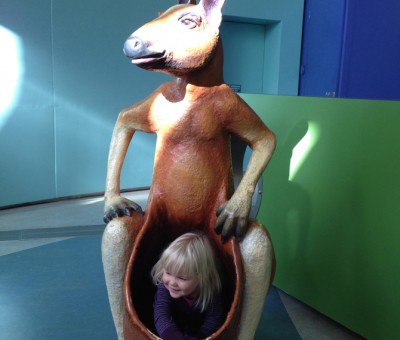 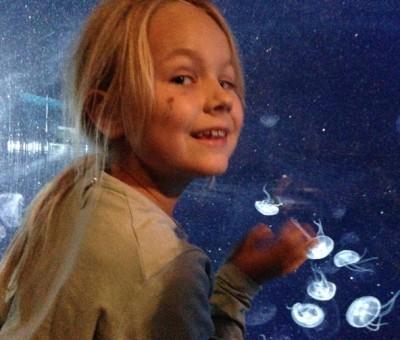 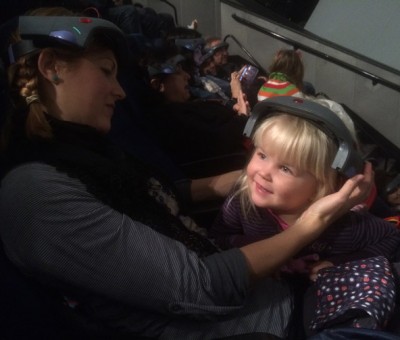 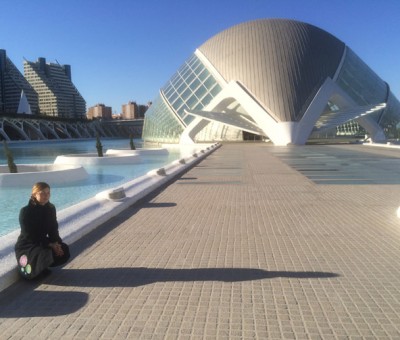 On the 5th of January we went to see the parade of the three kings (Cabalgata de los Reyes Magos). We’d heard the sounds from some parades during the summer, but never really seen one before. I hadn’t expected it to be as entertaining as it was. We were a bit late at the departure point, but as this is Spain, the parade hadn’t even started (it started half an hour late). There were many cars or trolleys on which were standing different characters throwing candy and dancers performing in front of the cars. The themes and characters were those that the kids nowadays see mostly on TV: Peppa Pig, Mickey Mouse and co, the Flintstones, Disney Fairies and so on. On the last three cars were standing the kings which were not only throwing candy, but also toys. Luna and Isla were very eager to catch the candy and Isla was very flattered when Peppa Pig tapped on her head. It took maybe half an hour to see all the cars and dancers passing by, so there were many. 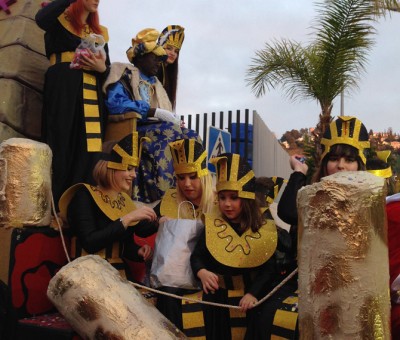 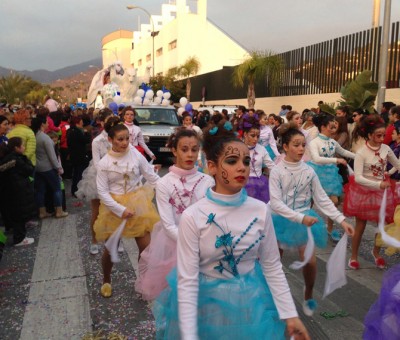 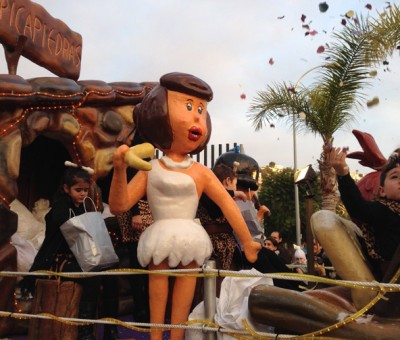 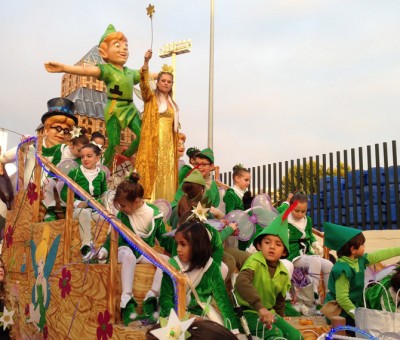 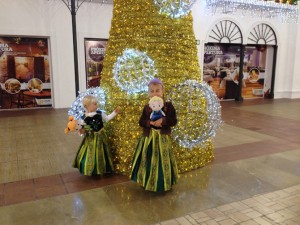 Elsa and Anna going to see a movie.

During Christmas we’ve been to the movies with the kids more than usually. The kids always want to wear their Anna or Elsa costumes when we go. We’ve seen Big Hero 6, The Night in the Museum 3 and Stand by Me Doraemon. The first one mentioned above is what I’d recommend the most. It was the one Isla was able to watch without trying to run around too much. It was also funny and amusing. The museum movie was Luna’s choice as it was her birthday then (I’ll probably write about the birthday later 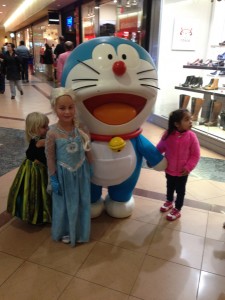 on) and very boring for Isla since it was done with real people and not cartoon characters. Doraemon was nice, but Isla was behaving really badly, so I had to go out with her before the end. The movies were all in Spanish, so that’s what also makes it hard for Isla to concentrate as she cannot understand the plot properly. We decided to take a break from the movies for a while now, at least with Isla.

Now that we’re done with Christmas, I’m looking forward to starting with the normal daily routines again. Well, I’m not looking so much forward into having to wake up early to get the kids to school, but all the rest, like exercising regularly and having my Spanish lessons. We’ll see how the school start is going to go for Isla since she’s been having difficulties with doing her poop on the potty lately. Maybe they’ll send her back home then…