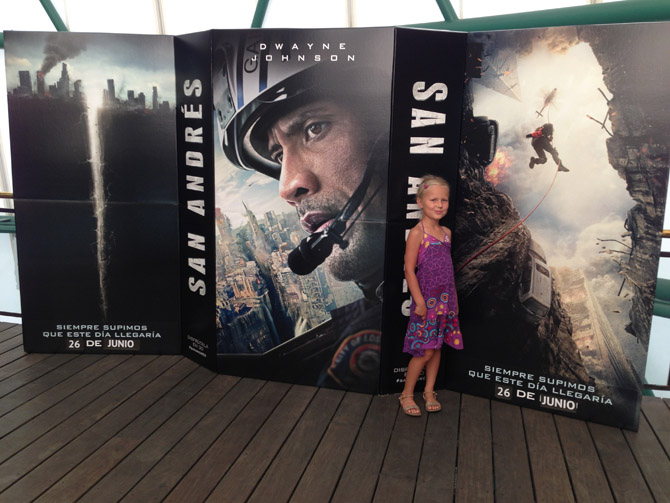 We’re kind of movie freaks. We enjoy going to the movies or watching them at home when the kids are asleep. Now that we can finally leave the kids with a Spanish sitter, we’ve been able to go to the movies just the two of us. It had been a while. Going to the movies with our 3-year-old can be bit of a challenge sometimes, if the movie isn’t interesting enough for her, but we’ve been several times with the kids too. 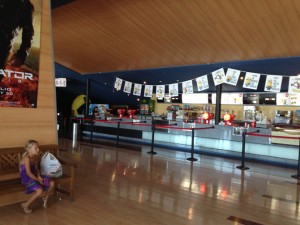 There are several movie theatres around here. We’ve been mostly going to Cinesur at El Ingenio in Velez-Malaga, a 35-minute drive from Almunecar. We’ve also been to Yelmo Cines at Vialia-Malaga (train station) and Yelmo Cines at Rincon de la Victoria. Cinesur Malaga Nostrum we haven’t tried yet. All of these are located in big commercial centres, but of course there are also smaller movie theatres locally, for example in Almunecar we’ve been to the movies at The Casa de la Cultura. Both in Almunecar and in La Herradura there are summer movie theatres which show movies around after 9 in the evenings (only during the summer). These are of course outside. I’ve visited one in Almunecar with Luna. The seats weren’t that comfortable as in a normal theatre, but otherwise it was fine. A different kind of experience to watch a movie under the stars and see small lizards some times climbing on the screen.

Most of the movies in Spain are dubbed in Spanish. So you can hear George Clooney or Brat Bitt talk in Spanish, which was a bit weird for me at the beginning. Now I’ve gotten used to it. Some movies can be also shown in their original language, but it’s not possible in all of the theatres. Near Malaga you can see original movies at:

When going to see a movie in the original language, you need to look for the letters V.O.S or V.O.S.E at the end of the movie title. The subtitles will be in Spanish, of course. 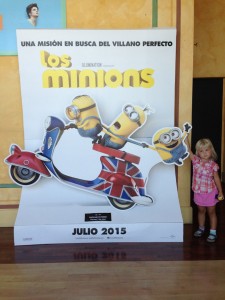 Isla and the poster of Minions

The cost of going to the movies can be anything between 5-9 euros I think. In the bigger commercial centres it’s something like 7-9 euros depending on the day and time, while in the local ones it’s cheaper. It’s also possible to buy a card that you can use during one year and see all of the movies only paying 5 euro per movie. The card costs something like 9 euros, but they might even have special offers, like right now you can get it for 6 euros.

What is different compared with Finland, is that the toilets are really close to the cinema halls and you are free to use them in the middle of the movie too. The doors to the movies are not locked. In some theatres you have to wait to get to “the movie area” where the candy stores and the toilets are located, because it opens for you only 5 minutes before the movie starts. So you have to hurry.

Another thing. If you want to sit in a specific seat, you need to say it. What was peculiar to me was that instead of thinking front and back, the Spanish think up and down. That is to say, if you want to sit in the front it’s “arriba” and at the back “abajo”. It took a little time for me to figure that out since in Finnish we think front and back.

Waiting eagerly to see some more movies. Now when the heat is on it’s nice to cool off in the movies!