Before we could move there were many things to do. First we had to start thinking about renting or selling our house. Renting would be a good option, if we wanted to stay in Spain only for a year. Then we could come back to our old life and start where we left. If we wanted to stay more than a year, of course selling would be better. We pondered the options and decided to make a courageous decision to sell. At this point we weren’t sure how long we were going to stay in Spain, but we didn’t want anything to prevent us from staying abroad for a longer time. It was a bad time on the house market and the salesman warned us about long selling times, it could take several months or even a year. Our house was quite big, it had six bedrooms on two floors and not many people wanted that big a house. There were also many other houses on sale in our street or nearby.

We put the house on the market in late November 2013. There were a few showings before Christmas, but no one came. In January and February a few more showings and one family came. In March we started to be a bit desperate. Antti put a great effort on cleaning every inch and taking more than perfect photos of the house. I started to be a nerve wreck and thought that this is going to take forever. Finally a family showed some interest in the house and came to have a look at it two times. After the second time they left an offer. The offer was a bit lower than we had expected, but finally we agreed to sell the house. Then it really hit me. This is it. We are going to move for real! After a few sleepless nights and a bit of crying I was in peace with the idea.

So we had two more months left in Finland. We managed to rent a house right next to the school where I was teaching. This was a lucky deal which we got from a family that was spending two more months in Africa before coming back to Finland. I was afraid of how the kids would take this temporary move that came quite unexpected. I mean, we had been talking about moving to Spain with them, but not about moving somewhere else before that. Luna, our oldest, wouldn’t be able to play with her friends from the neighbourhood that much and two-year-old Isla would have to leave her familiar surroundings sooner than expected. It was good to have some daily routines like the daycare, hobbies and work that kept us going, and I think we adjusted to the new house better than I would have dreamt of.

So obviously there are many things to consider when selling a house, like choosing the right realtor or deciding what is the best time to put the house on the market. However, there are little things that can have a great effect on how the selling process goes. Here are some tips that can make a difference:

- The realtor will write a description of your house. However, he’s not a copywriter. Check it out yourself and if you are not satisfied, rewrite it yourself or use a professional to do it.
- The realtor will also take some photos of your house. In our case he probably had just a camera phone to complete the task. Use a good camera, for instance a SLR-camera and if you are not good at taking photos, use a professional. My husband teaches photography, so he was eager to spend a few days taking photos.
- Fix all small cracks, especially the visible ones. For instance, my husband used a special marker to paint over the small cracks on the floor.
- Before a showing make your house seem spacious. Declutter, that is to say, clean all the surfaces of the house and put your personal stuff away. We also bought some towels and rugs which were only used during the showings. 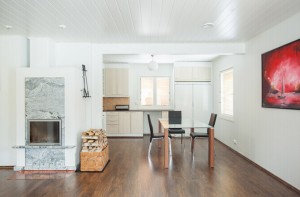 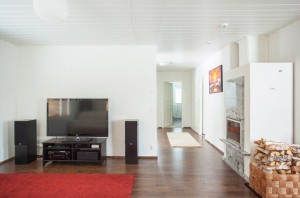 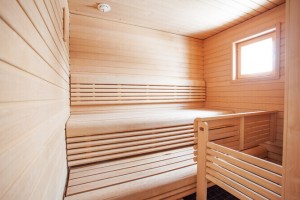 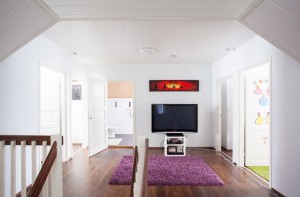