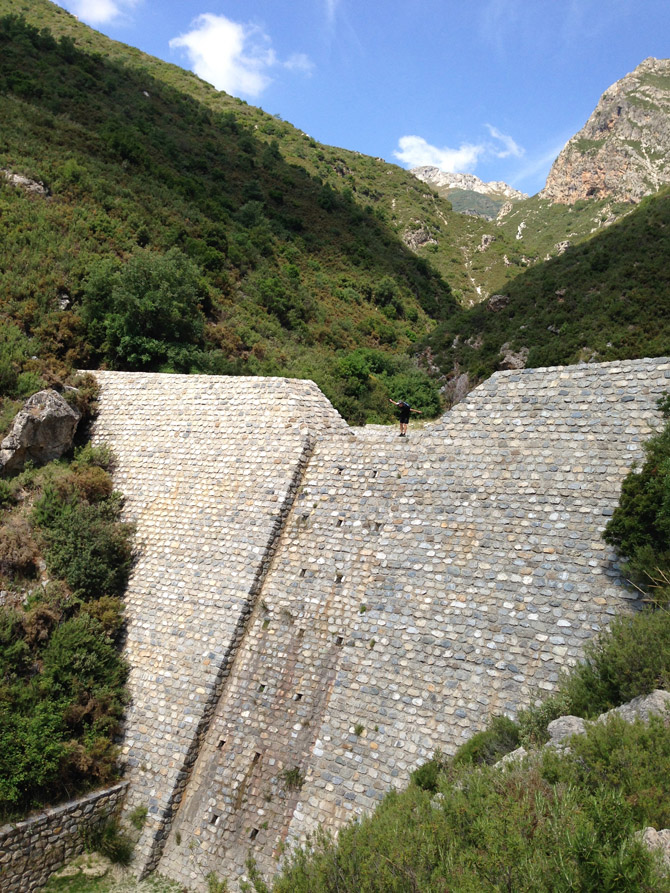 Since last autumn I’ve been dreaming about going on a hike in Otivar. I read on seasidegazette.com, which is an electronic newspaper dedicated to the English speaking population in the Costa Tropical area, an article about the waterfalls over there and just wanted to see them. During the winter it might have been too cold to visit them, at least if I wanted to take a bath in the falls, so we waited until this spring. I had read that the path can be somewhat challenging, so we didn’t want to take the kids with us, at least not the first time. 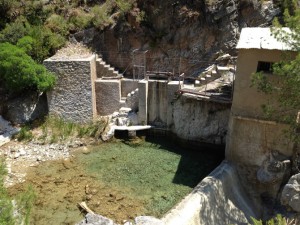 The starting point for the hike in Otivar and the first pools.

So it was around 20 degrees when we decided to head for Otivar, just the perfect weather. Good for swimming but not too hot for hiking. Otivar is a small village north of Almunecar. From Almunecar you have to take the road leading to Jete and Otivar, which is actually the same road that you take if you want to go to Pena Escrita about which I’ve already written before. In Otivar you first drive past the centre and the restaurants. After a few kilometres you see a sign for Cazulas on the left hand side. Don’t take that road but the next one on the left. Then you come to an entrance hut where you have to pay a fee (the land is owned by a private person). It was 5 euros per person plus 5 euros the car. Then you have to drive about 6 kilometres until you come to the first pools. The road is a bit bumpy and rocky so it’s a really slow drive.

Once we saw the river and the first pools we were excited to start our hike. There was no road per se, you just had to jump over the river many times, using the rocks and fallen trees as a bridge. We didn’t wet our feet though, at least not on purpose:) The vegetation was a bit harmful at some parts; there were thorn bushes and twigs, so as a word of wisdom I’d say that use long trousers if you try this hike. We found some huge cones to give to the kids as a present and saw some wild animals, like a deer, lizards and beautiful butterflies. We walked about an hour and 20 minutes before we came to a deserted dam. The views from there were great! We might have been there earlier if we hadn’t taken some extra hikes over the cliffs and back, since there were no signs saying which path we should take;) There we had a quick snack because our time was already running out. We had to head back to get the kids from school in time. Our plan was to call my parents to get the kids if we didn’t make it in time, but since there was no phone connection that plan was doomed. 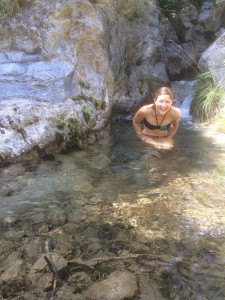 Me taking a dip in a pool.

I would have wanted to go higher up and see the hanging bridge and the larger pools with waterfalls which I’ve read about (about an hour’s hike upwards from the dam), but there simply was no time. We had to save it for another day. On the way back I took a dip in a small pool. The water was really clear and just suitably cold. We came back a bit faster since it was down the stream and the route was already familiar to us. It was nice to jump over the rocks with a quicker pace, a bit more exciting than just hiking.

Eventually we made it to the car and managed to call my parents from the road. We would not have made it in time. So next time we’re going to be prepared to spend the whole day hiking and have the babysitters ready to pick up the kids. All in all, I nice hike in the middle of the wild nature. Try it if you have the chance! 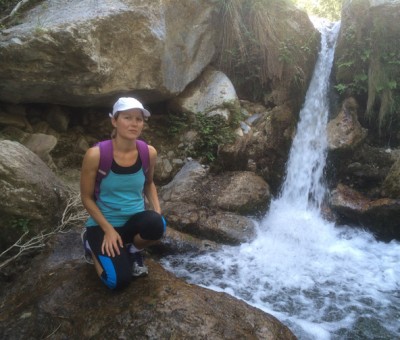 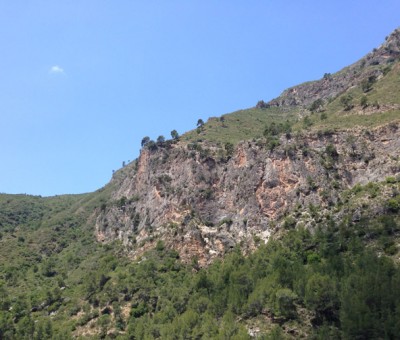 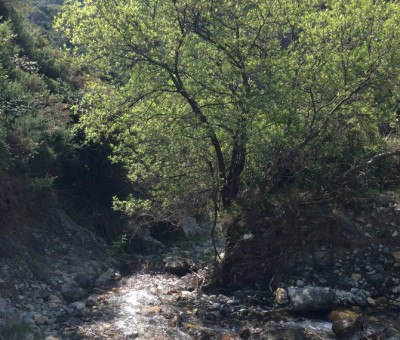 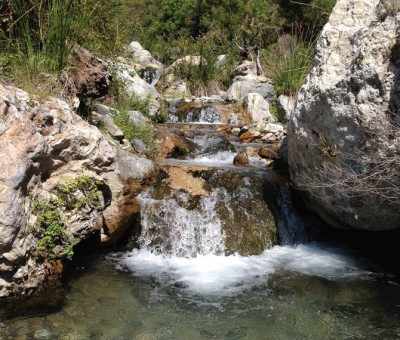 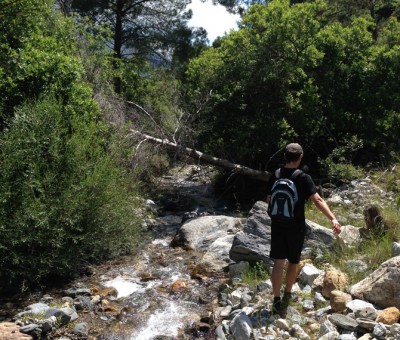 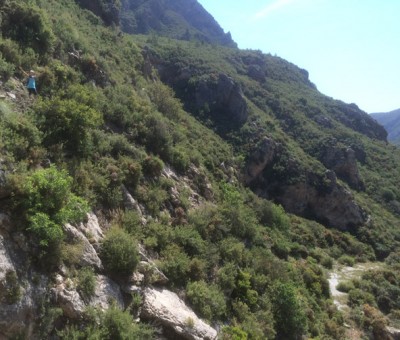