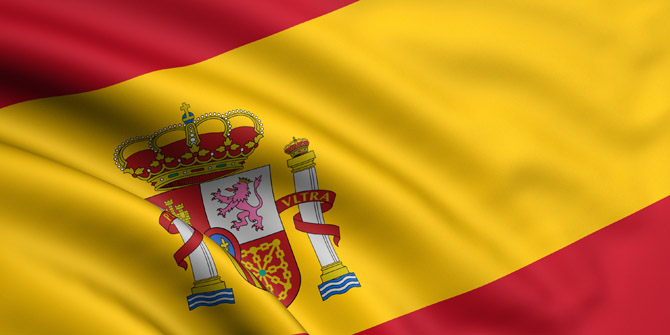 I’ve already written about how we sold our house before the move to Spain, but in addition to that there were some other bigger projects we had to carry out before leaving Finland.

Getting Rid of the Stuff 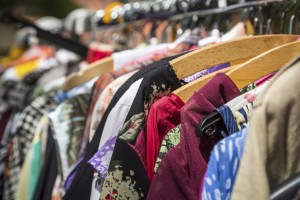 We had been living in Mäntsälä for five years and the house we lived in had six bedrooms, so we had quite much stuff to get rid of. We were lucky that in addition to the house, the buyers wanted most of our movables like the sofa, the kitchen table, the beds, the TV set upstairs, the cross trainer, some shelves, rugs and so on. We agreed on a package price for all of the stuff and that was that.

Maybe half a year before the move we started selling some of the stuff on huuto.net. It’s a website designed for selling used goods. Antti had some computer related things to get rid of (I have no idea what exactly), some board games and his desk and chair. The desk and chair he sold as late as the day before the move, but better later than never! Most of our clothes and the kids’ toys I sold at a self-service flea market. I had a table there in November 2013 and then again two tables in April and May 2014. It was a bit nerve-wrecking to prepare the stuff for the flea market, I had to put price tags on all of the stuff and think ahead how to organise and divide the stuff between the two tables. I also sold some bigger stuff, like the prams and car seats there. Some of the stuff we gave away for relatives and friends in need, mostly baby movables and clothes. Some clothes and shoes I donated to UFF (An organisation that donates clothes etc to poor people living in developing countries). Some stuff went straight ahead to the trash; you wouldn’t believe how many useless things one can gather in five years time! Selling the car was a bit tricky because we wanted to keep it as long as possible in order to go to work and the grocery store. Eventually the landlord of the house we were renting wanted to buy it, so we could just leave it in the yard when we left for Spain. The stuff we wanted to keep, but not take with us, we put in my parents’ storage. 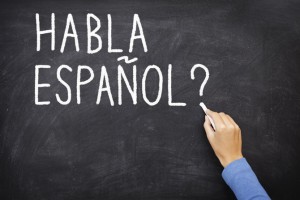 We started preparing our oldest one for the move a year before. Luna is like us, when the winter and snow comes, she doesn’t want to go outside at all, but prefers to play inside. I’ve been trying to get her outside by going to the freezing playground or the sled hill with her, but it hasn’t been easy. So when we first talked to her about moving to Spain we pleaded to how it has been living here in Finland in the winter compared to how it would be in Spain. She was a bit sad because she’d have to leave all her friends, but exited about the weather thing as well – no overalls in the winter. We explained that in her age kids usually get new friends easily where ever they go.

Luna was worried about not being able to communicate in Spanish at all, so I started teaching her Spanish. She would also start her school in Spain next autumn. 90% of the kids in Spain start their school the year they turn three, but it’s obligatory in the year they turn six, so a year earlier than in Finland. According to Luna’s age, she would start in the second grade, but as it turned out, there wasn’t any space in that grade, so she’ll start on the first grade instead (because of the language problem). So it was maybe in November 2013 that we started by learning to count, then we learned some colours and animals, some clothes, toys and basic verbs. The nice American lady living in Almunecar was kind enough to provide me with a list of words they use at school, so we started learning those too. It wasn’t easy to have the practise on a regular basis and motivating Luna was a challenge – we had to use the carrot and stick approach at times. Now that we have been living here for almost three months, she’s picking up some commonly used phrases from her friends, but the language she uses with them is more or less their own sign language and gestures. I have to admit that I’ve been quite lazy to teach her Spanish while we’ve been here, which is a pity. However, Luna took a two-week language course in La Herradura. In the mornings they had different activities, like horseback riding, beach and pool games, marine biology and visits to the local farm. In the afternoons they had some language practise: writing, drawing or games in Spanish or English. Her group consisted of around six kids her age, mostly Spanish kids who were learning English there. I think the course was good for her, even though she complained about not learning enough Spanish, but at least she now has more courage to speak Spanish and to go to school alone when the time comes. 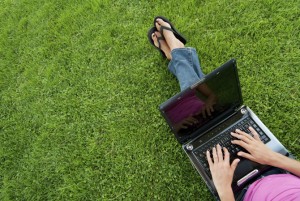 I’ve taken some Spanish at the University around eight years ago, so I know the basics, but haven’t really been using the language. So I wanted first to recall all the grammar rules and for that I used a webpage espanjaa.wordpress.com which includes all the basic stuff for a Finnish learner of Spanish. I’d also like to start regular Spanish classes soon and have been asking around in some language schools in Almunecar. Every day I try to speak at least a few sentences in Spanish. I can cope with everyday situations, but it’s always a bit exciting to make a phone call as they usually speak very fast.

Antti tried the Pimsleur method for learning Spanish, but found it difficult to find time and a silent place for the practise. He has also been considering starting a course sometime in the near future. Isla doesn’t really use the language yet, maybe occasional “adios” or “hola” at times, but that’s all. We’re considering taking her to school as soon as she gets rid of her diapers and the dummy.

Preparing the People around Us for the Move

One reason for choosing Spain was that it’s quite close to Finland. Both countries are in Europe and it takes around five hours to fly to Spain from Finland. We didn’t want to go too far, because it would be harder for our relatives and friends to visit us then. We told my parents about the idea more than year before the move and at first they tried everything to speak us out of it and said that it was a bad idea. They had been living pretty close to their grandkids since the kids were born, so they were used to seeing the kids at least a few times a week. My parents are the kind of people who spontaneously drop by every other day, so they wouldn’t be able to do that anymore. I don’t know if it was a defence tactic against the move, but when I started getting rid of all the extra stuff, my mother would come and see if there was anything she wanted to spare and take with her. This happened quite many times and made my selling process a bit harder. Several times she even went to the flea market where I had the table and bought some of the stuff from there, because I didn’t always tell her beforehand what was on sale. When we put the house on the market, they still couldn’t believe that we were going to go ahead with our plans. But when we made the deal to sell the house in April, I quess it kind of hit them as well. We were seriously leaving. A few days after the sale they already booked some tickets to come with us to Spain in June. Now that we’ve been living here a while, they have already visited us twice. They are both now on pension, so they can come here quite easily. It was nice for us as a couple to be able to spend some time without the kids as my parents could take care of them while they were here.

My husbands side of the family then. For them the news wasn’t that hard because we see them quite rarely, maybe a few times a year. My husband’s parents could both easily see us as often as before, even though we live in Spain. Antti’s daughters Amanda (18) and Emma (17) took it quite well too. For almost a year they’ve been living with their mom now, so we haven’t been in everyday contact with them. They were eager to visit us in the summer and are planning to visit us again in the winter.

Many of our friends and acquaintances were really encouraging and admired our strength to make such plans. Some said it’s easier when the kids are still quite young. They adapt to new surroundings easier and learn to speak the language really fast. As we were living in Mäntsälä, which is a bit desolate compared to living somewhere near Helsinki, we didn’t see many of our friends very often anymore. We met them occasionally during the holidays, so that wasn’t going to change too much either. Hopefully we’ll find some new friends in Almunecar soon.