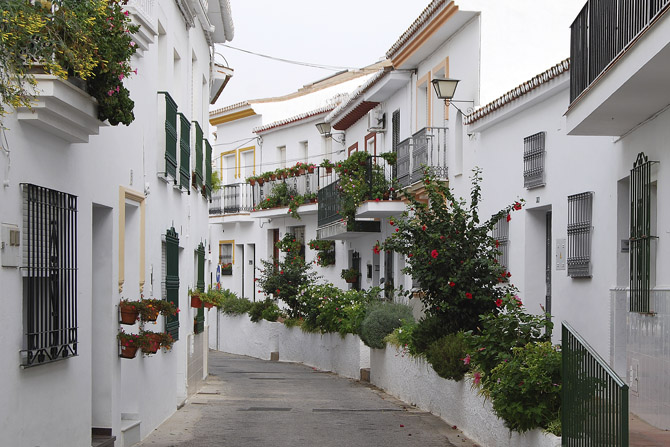 For the past few months I’ve been busy with looking for a house to rent. We would have wanted to stay in this flat a bit longer, but the landlord had it booked for her daughter for the summer. During the winter this building has been almost empty, but in the summer there are many families coming from Granada, so it would have been nice for Luna and Isla to have some company for a while. They’ve been missing some playmates. 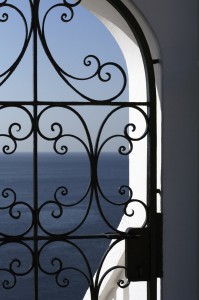 Our current rental contract ends in the beginning of May, so I had plenty of time to look. And yes, we wanted a house rather than a flat. So maybe a bit more than a month ago I started searching on the net and asking around. Some good webpages that I used were: www.kyero.com, www.enalquiler.com, www.idealista.com and www.pisos.com. These were the ones that had several different firms’ supply available. And of course there were several firms that had their own webpages, like www.tropicanaproperties.com, www.match-point.es, www.inmobiliariaselect.com and www.orientur.es. just to mention a few. But as we have noticed many times before, all the information is not always available on the net here in Almunecar, and it was the same with renting a house. There are a lot of webpages and firms specialised in house renting, but they just don’t keep their information up to date. It was, however, a good exercise for me to go asking around and using my Spanish skills.

The criteria that we had for our next rental was:
1. An area where people live all year around
2. Kids as neighbours
3. Price: 500-1000 euros a month
4. At least 3 bedrooms and a space for Antti’s desk (because he works at home)
5. A pool: communal or own
5. Not too far from our children’s current school (but if we found a really good one, they could change schools)
6. San Cristobal, Cotobro, La Herradura were the areas we’d prefer, but also Los Pinos or Fuentes could be possible
7. It needed to have home appliances: a dishwasher and a washing machine, we are tired of washing the dishes by hand

As I started asking around, it turned out that there weren’t many houses with 3 bedrooms available for long term rent at this time of the year. However, the supply was a lot better than in June which was the case when we last started looking for a rental. The difficulty here is that all the landlords get a better price when renting short term, only for the summer, when the town is full of people. And then in October they can do long term rentals for the next winter. We needed the house already in May and would probably like to stay more than the summer only. 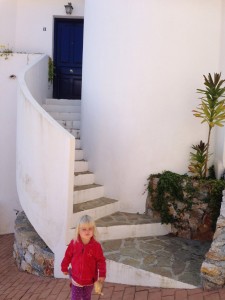 I liked visiting the houses. It was nice to have someone who presents them to you and to speak some Spanish. And it was nice to see some urbanisations that I hadn’t been to before. I visited maybe a dozen houses, some in Los Pinos, some in San Cristobal/Cotobro, some in La Herradura and one in Fuentes. The moment I laid my eyes on the house in Punta de la Mona, I knew this was the one. But then I started doubting, because it was a bit far (between La Herradura and Almunecar) and also because the rental company told me that there are no permanent residents in the urbanisation and that there are no kids living there either. I started reasoning that it wouldn’t be ideal for us, even though it felt really good. The same company suggested that I visited a house in Fuentes that they had for rent and so I did. In Fuentes there are people living all year around. The house was nice and we decided to go for it instead. But then I heard rumours that the ground in Fuentes is moving and I got a bit scared. And actually I heard that the ground is moving in some parts of the urbanisations in La Herradura as well, like in Carmenes del Mar which I also had visited. It seems that it’s a common problem in urbanisations high up on a hill when it starts to rain and the ground gets wet. So, we started pondering our options again. And I had already said that I was going to go to pay the reservation fee for the house in Fuentes the next day… 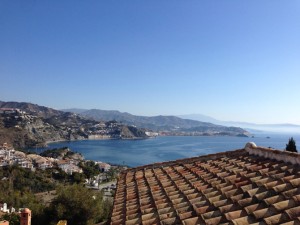 View from the house in Punta de la Mona 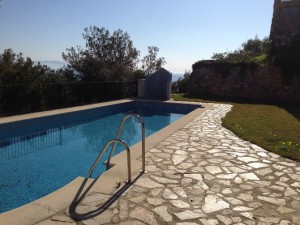 We decided to ask the landlords of the house in Cotobro if they could rent it for 900 e/month. It is quite near to where we live now, so the location was really good. I could walk the kids to school. And there was a lot of space inside and out. But it was a bit pricy. So if they didn’t lower the price, then we’d go for the one in Punta de la Mona. And that’s what happened. No lowering the price. Punta de la Mona it was! I was happy again, it was the one I really wanted in the first place. We decided that the location played a bigger role in our move than the fact of no people around. From Punta de la Mona you get to Almunecar in 10 minutes by car and La Herradura is really close. We like the big playground in La Herradura and the beach is not that crowded as in Almunecar in the summer. Luna could also start Flamenco lessons over there. Apparently it’s not easy to find a big enough house with a pool in an area where people live all year around. Most of the houses in this little town of ours are only occupied during the summer and the locals live mostly in the city centre in the smallish blocks of flats. So, we’ll leave this flat in the end of April. Punta de la Mona, here we go!
Author: admin
Categories: Almunecar, La Herradura, Spain