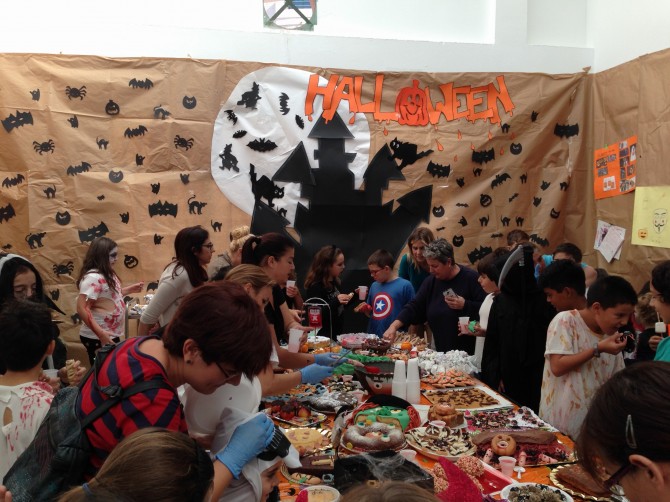 In the beginning of June we already passed a significant milestone of two years in Spain. A year ago I wrote a post about the kids’ progress at school and about their development of communication skills in Spanish. Now it’s time to look back at what has happened during another year in sunny Spain! 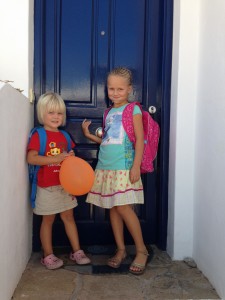 After the first school day

Luna’s progress has been incredible! In the Christmas report card all her grades but one (Nature Sciences, 8) were excellent. In addition to that she had five times the grade 9 and two times 10. In the Easter report card all her grades were between 9-10 (altogether five subjects had the grade 10 and three 9). Now in the last report card she had 10 in six subjects and 9 in two. And she also got the final grades of the second year, which were all but one 10! I’m so proud of her! The subjects that are the most demanding for her are Nature Sciences and Social Sciences as in these two subjects you need to read, learn and understand new concepts. You cannot simply learn by heart in which Luna is really good at. Her memory is excellent. Maths is a subject which Luna finds the easiest, I think. She’s been having already complicated divisions and multiplications and I’m relieved that she rarely needs help with Maths (not my strongest suit). Luna usually does her homework by herself and really fast. Many times she finishes her homework already at school or in the car when driving home. For the exams she still need some support, she doesn’t want to just read alone but finds it easier to learn the things so that I review those with her (I ask and she answers). Sometimes this can be nerve-wracking for the both of us. As soon as I start asking, Luna starts to do other stuff (like handstanding) and can’t sit still for a moment. Also sometimes if she doesn’t understand something right away, she starts crying and trows in the towel. In that state it’s impossible to learn anything at all. 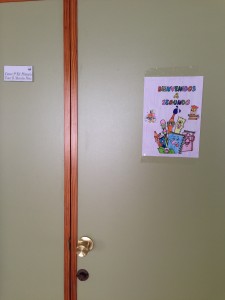 As Luna’s grades were that good, at some point during the term her teacher asked me to have a chat with her. She wanted to have an experiment and let Luna participate in some classes of the next grade (3). For a few weeks or so she participated in Maths and Spanish of the 3rd grade. But the experiment was interrupted. The teacher told me that it was a bit late in the term for Luna to catch up with the older ones and also the fact that she didn’t speak/understand Spanish as her mother tongue intervened the process of learning. Next autumn Luna will start in another school more closer to our current rental and we’ve been thinking about if she should skip a grade; this what was the secretary of the school suggested to me. When we first game to Spain she started a class lower her age because she didn’t know any Spanish and because there was no space in the class she should have been in. But now she gets the best grades of her class. I’m wondering, though, if skipping a class might be too much for her and for me too. If she would have to study a lot more on her free-time. I’m not sure if we want that.

At this point Luna speaks effortlessly like a local with an Andalucian accent. She likes to correct me if I pronounce something wrong or if Isla does. Luna also speaks correctly. She rarely makes mistakes, even the so tricky verb forms come out of her mouth just like that. It seems to me that she doesn’t really have to think about what she says, she just speaks. I envy this language acquisition of the child, so fast and easy. I wish I had the same experience when I was a child. Now at the age of 36, learning to speak a new language is just so much more difficult. Even at church, where Luna first had difficulties in understanding the religious jargon, she now can listen and understand easily. 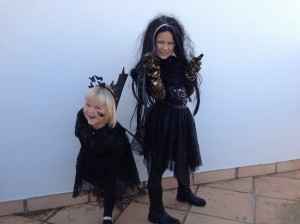 Isla changed schools last December. We had seen her coming unhappy from school so many times that one day when she came home with a torn drawing crying, I decided it was time for a change. I wish we had done it sooner. I was just so convenient for the both kids to go to the same school that we thought that after some challenges she would adapt, but she didn’t. Isla’s class was really big, 23 kids or so, with only one teacher. With that many children to take care of, it was impossible for the teacher to see every situation and interfere if needed. There was some bullying at times, bigger boys putting stones in Isla’s pants, scratching her or pulling her hair. At one point Isla’s teacher sent me a note with an appointment to the school psychologist. At the appointment the psychologist told me what Isla’s teacher had told her. That Isla’s usually always alone and doesn’t say a word. They were worried about her adaptation to the group. I wish I had known this before. So then we moved Isla to another school, a private one in La Herradura. The new school was so different and in many ways more like the daycare in Finland. The school was based on the idea that the daily activities come from the kids. They have these workshops (talleres) once a day where they do what the kids have chosen to do. They’ve done baking, crafts, outside activities, scientific experiments and so on. In a way the idea has the roots on montessori kind of thinking. The kids are not forced to do anything, they don’t have to study and sit still at this age. And more importantly, there were around 10 kids with two teachers when Isla started (now there are a few more kids). 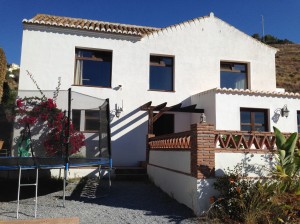 At school Isla likes to draw and play with her friends. She talks Spanish while playing with certain kids, with other kids she’s more reserved. She doesn’t talk to the teachers yet and it might take her while. We can see that the atmosphere in the school is a lot more relaxed and encouraging. There’s no pressure. Isla is a lot happier there than in the old school. Isla also continues playing in Spanish at home and can form some complex sentences. Sometimes she just says Spanish words in a row without making any real sense though. Isla can make herself understood while playing with somebody, if she dares to talk. At the church there are some kids she talks to. Isla’s been practising her name and writes it to almost every drawing she draws. You can see that she’s been drawing a lot and has made some progress in that sense. 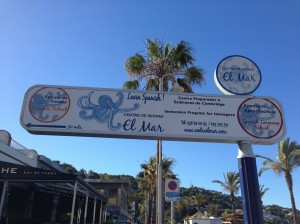 Last but not least a few words about my and Antti’s progress in language learning. My background is that I took a few years of Spanish at the University before the move to Spain. I knew the grammar and to read and write Spanish OK, although all of it was rusty since it has passed more than 5 years of my University years. What I didn’t know OK was to talk Spanish. Since we came here I’ve been trying to do something about the speaking problem. During the first year I took Spanish classes twice a week in a small group. It helped, but then I decided to dedicate my time more into helping my husband with his work and searching houses to rent/buy. I tried actively to talk more though. Last autumn I started the classes again in a different language school (in La Herradura), first in a small group but then I thought it would be more productive to take private classes. And it has, at least for the talking part when there’s only me who is talking with the teacher (I tend to have the problem of not talking if there are many people in the group). For now I can say I manage OK with my Spanish. Sometimes I have to still search for the words before speaking aloud, but can make myself understood in everyday situations. What has helped a lot too has been preparing speeches in Spanish for my church. It takes twice the time to do it in Spanish instead of Finnish, but it has been a good practise.

Antti didn’t have any background with the Spanish language before coming here. He hasn’t taken any classes yet but since maybe a year ago or so he has been actively trying to learn on his own. He’s been using some apps and a very thin basic grammar book. I notice that he understands quite a lot already but it takes time and effort for him to try to speak. He can manage OK in restaurants and in simple everyday situations. The church is a really good practise for him too since there he has to deal with almost everybody only by speaking Spanish.