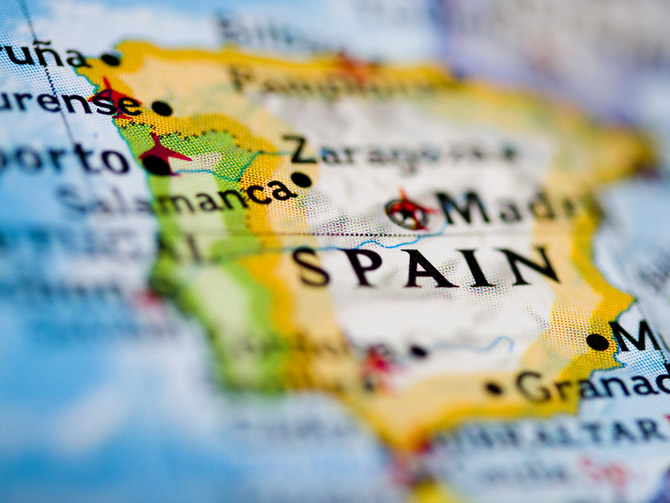 When we had decided to move abroad and narrowed down our options to Spain, there were many good places within Spain to choose from. We wanted to live somewhere warm in the summer and winter as well. So that narrowed down our options to the southern part of the country. I had visited the Canary Islands many times and we had also been to Mallorca, but somehow the idea of being stuck on an island didn’t sound that good to me. It could get too windy on an island. However, we wanted to be able to feel the breeze during the hot summer months and live quite close to the sea, so we started looking at the coastal cities. Not too big but not too small either, the basic services needed to be close by.

Our first idea was to choose Costa del Sol because it had the Finnish school. There were many Finnish people around, so we wouldn’t feel too estranged from the community around us. Then we heard that alcoholism and the crime rate are quite high in that area and that the atmosphere in the school wasn’t that good either. We found on the web that there was a Nordic school in Torrevieja and decided to visit the area next summer. I even wrote some emails to the school asking for job opportunities and they were quite positive. 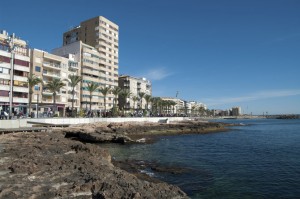 So the summer came and off we went to Torrevieja. We liked the beach and the huge shopping centre really close to our hotel. We enjoyed the Chinese restaurants. The centre was quite nice, there were many small stalls on the promenade selling clothes and toys, and a big amusement park (maybe only during the summer). However, while spending time in Torrevieja and the surrounding area we noticed that we didn’t like the fact that the place was like a little Britain inside Spain (no offence to the Brits). We wanted it to be more original and Spanish, so we rented a car and started driving around the coast. 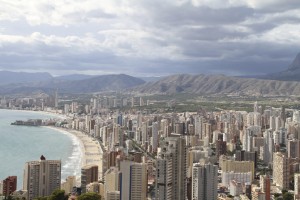 Benidorm with its skyscrapers

A 40-minute drive from Torrevieja is the city called Benidorm. It’s famous for its skyscrapers so I guess there aren’t many of those in Spain. The kids had a blast at the water park but we thought that the city was too big for us to be living in, so we just had a glimpse of the city and continued our journey. 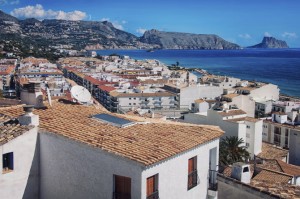 We drove a few more kilometres to the north, to Altea. My husband had read about this place on the web (there was a Finnish family living here) and said that it’d be worth a visit. The town was full of small alleys and small white houses right next to each other. The beach was made of pebbles. Because of that it was a bit hard for the kids to get into the sea. We took a dip in the sea and liked the promenade, restaurants and cafes there. Luna found a jewellery store and spent an eternity there. We came back another day – this seemed to be a rather good place to live in. 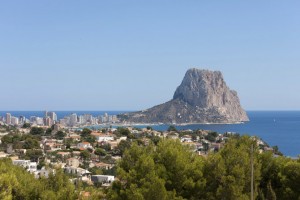 The city of Calpe with the big rock

Maybe fifteen minutes from Altea there is a place called Calpe. It’s known for its big rock on the other end of the beach. It is a sandy beach, so good for the kids. The views were spectacular and we liked walking on the promenade, but we heard a bit too many languages spoken and started pondering if there were too many international tourists around.

Calpe was the last place we visited during the summer 2013. We had to hit home to Finland and back to work. However, the search for a perfect place to live in continued on the web. During the cold winter we found ourselves reading quite a lot of this one specific blog, an American family living in Almunecar, Spain. They seemed to like that area and the photos that we found of that place seemed to be really nice too, so we decided to go there on our winter break in February 2014. 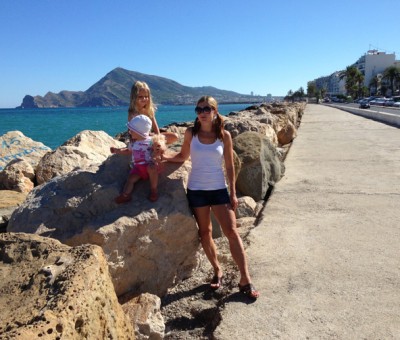 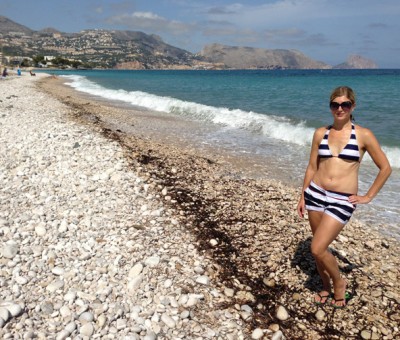 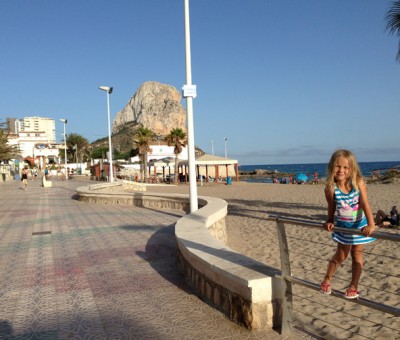 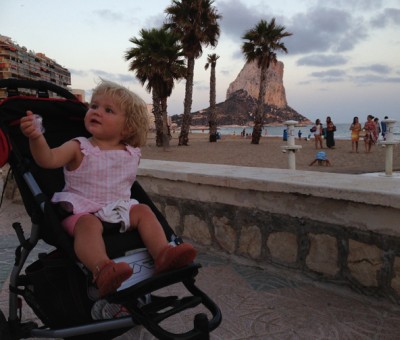 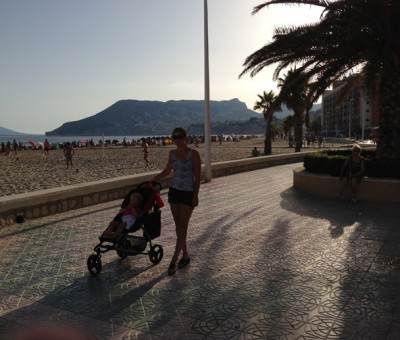 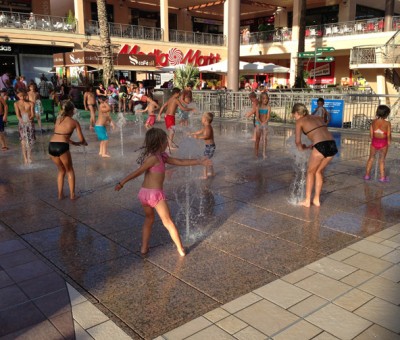 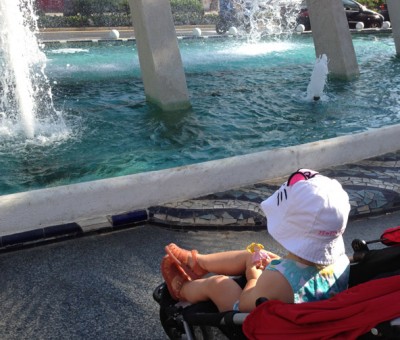 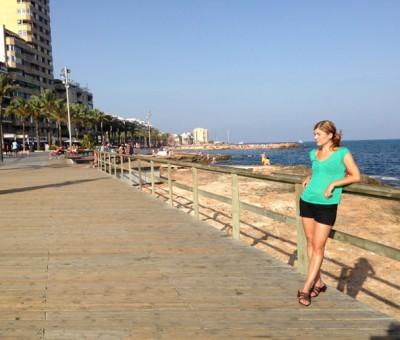 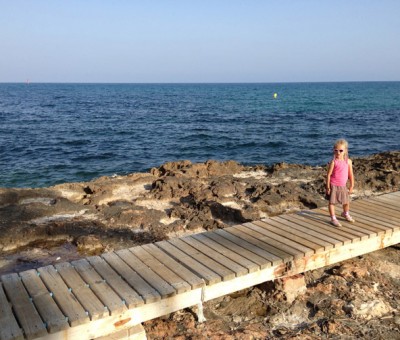 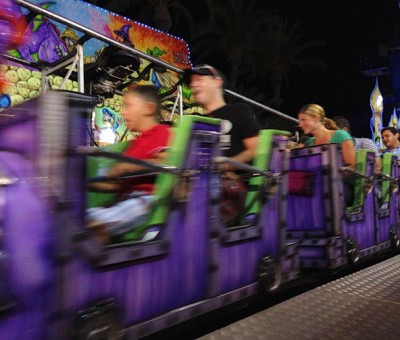